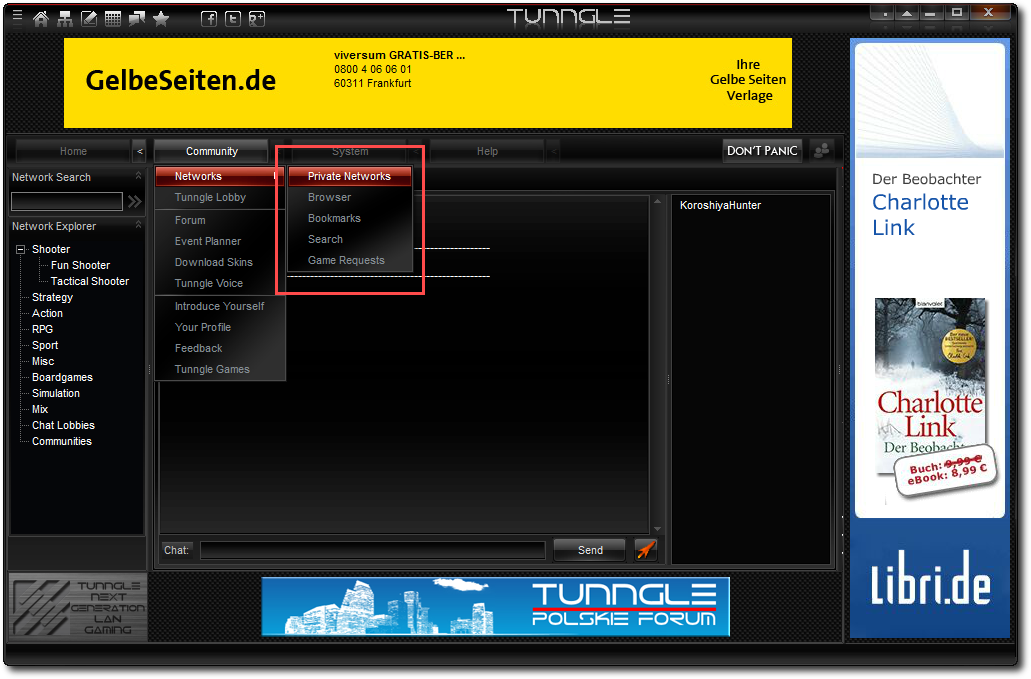 As most of you Hamachi users might know, there is a really annoying 16 user limit on Hamachi so we have to create multiple networks, etc. Its not a really good solution since people still forget to log out, log into multiple rooms, and can't play cross rooms.
So...
Long story short, I found an alternative to Hamachi called Tunngle. Its german in origin so there is a slight language block but its otherwise pretty good(IE 255 room limit). So I think we should try to start experimenting with using this program for the multiplayer.
Instructions and link are here:
http://kissmyrank.2kool4u.net/station/index.php?topic=4
I'm currently in:
strategy -> (next page) -> total war
but I think we can make our own networks if we want to after the beta. So join me there if anyone is interested in testing EB online.

Playing multiplayer games online isn’t always is as easy as it sounds. Often game developers will include a multiplayer mode in their games but will somehow leave out online play and insist players use LAN to connect with other players. It is not always possible to connect computers via LAN, so a workaround is necessary. That is why we bring to your attention some software that can serve to create a virtual LAN using nothing but the software itself and an internet connection. All of the mentioned programs are free but most include a premium subscription with some extra features. How to play multiplayer games without LAN:

Hamachi is a VPN that’s mainly used to make virtual LANs for small to medium-sized businesses. However, it has its uses in gaming as well. In fact, before any of the other virtual LAN providers came out, Hamachi was one of the most widely used VPN for gaming. However, it has its drawbacks. The free version of Hamachi only allows five users to connect to a single network. This is including the host. Despite the shortage of players, this platform has one upside that might appeal to a certain niche category of players: emulator users. This platform can be used to host games that run on emulators provided the emulator itself supports online play. Although Hamachi is a useful and secure way to host online games, there are better options available.

Tunngle is often considered one of the best alternatives to Hamachi. What makes Tunngle different is that it is completely focused on gaming. Some of the best things about Tunngle is that it can be used to host games for almost any number of players. Besides that, the sheer amount of games that Tunngle supports is overwhelming. Tunngle provides its own security for any connections made using its network adapter, making it one of the safer options from among the many available online gaming platforms. What separates Tunngle from its competition is that it has huge community of gamers sharing their experiences on their forums while also helping each other with technical issues. A small drawback for Tunngle is that its user interface is rarely updated. It is quite messy and might be difficult to navigate for someone new to it. 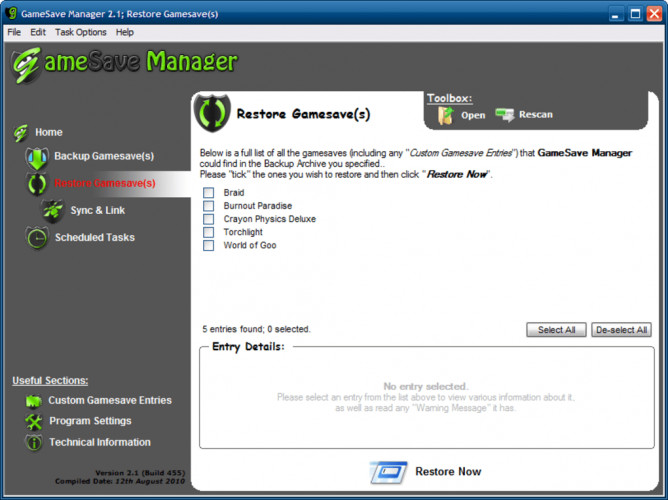 Game Ranger is renowned for its limited list of supported games. That being said, most of these are old-time classics that are being kept alive even today thanks to both the software and to the player base. Game Ranger was good when it started out, but it’s showing its age. Using a modem is out of the question as it will not allow users to connect to other players. Using a router might cause some problems unless UPnP is enabled. Even so, the security of Game Ranger is held in high esteem in the gaming community as one of the safest. It doesn’t add anything to your system except for the software itself and it doesn’t need you to keep any ports open and thus risking your system to attackers.

You are now reading “How to play multiplayer games without LAN”.

Although Evolve temporarily shut down because of lack of funding in 2017, it is now back in full fledge. This is probably the best pick among online gaming platforms from this list. What sells this software to gamers is that it allows players to use voice chat besides the standard text chat. Evolve also features a matchmaking system where you are automatically put into a network of gamers (called a “Party” in Evolve) based on what game you want to play. Evolve has been compared with Steam for its clean and easy to use design and also for the fact that you buy games directly from Evolve’s client just like you would on Steam. With a premium purchase, players can even live stream directly. Considering Evolve’s ease of use and its design, it is the best option on this list.

Share your thoughts on “How to play multiplayer games without LAN”.